A brief history of The Octagon Theatre.

The Octagon was built in 1974 and opened as the multi purpose Johnson Hall. Within the first few years it became apparent that the venue was both more suitable and successful at staging performances than any of the other activities such as ballroom dances or exhibitions for which it was intended.

From the outset the Johnson Hall became home to Yeovil Amateur Operatic Society who have regularly presented two musical productions each year.

Another early user that has maintained its relationship with The Octagon up to the present day is the Yeovil Temple Salvation Army whose annual Christmas Carol services become ever more popular. 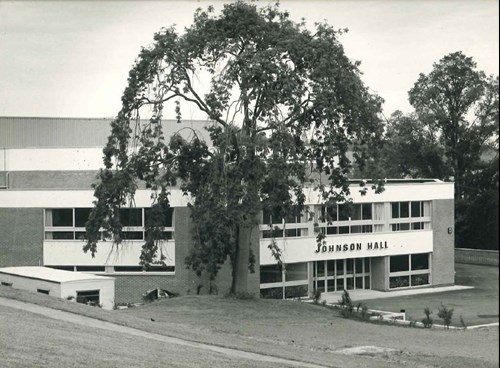 When, in 1984, a competition was run by the local press to find a new name for the then rather less than popular hall, the "Octagon" emerged as winner.

Although the name "Octagon Theatre" began to be used regularly from 1985, it really came into its own in 1988 when replacing the auditorium seating became necessary and the decision was taken to remove the retractable tiered seating and replace it with a permanently raked auditorium.

So began The Octagon's career as a major regional theatre. Numbers of performances and audience sizes all began to grow rapidly as did the mailing list which, prior to 1988, stood at little under 3,000 names. The mixed programme currently presented is 80% professional and 20% local amateurs. So popular has The Octagon become with visiting companies that the programme is usually fully booked for the year ahead with many events scheduled a year beyond that. 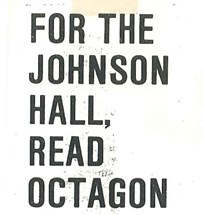 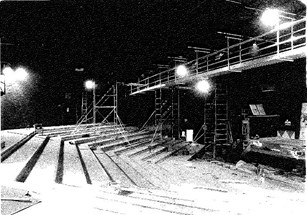 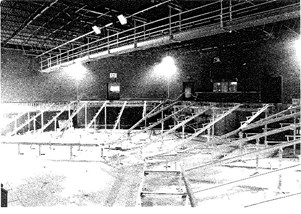 In 1983 a Friends' organisation, The Foyer Club, was founded. This club has two main purposes; to provide a team of volunteers to work front of house, greeting visitors, giving advice and information and to provide The Octagon with a link to the community, opening constant channels of communication with users.

On both counts the Foyer Club has proved very successful.

Indeed its involvement with The Octagon has been far greater than was originally envisaged with various additional projects undertaken, most notable and regular is the mail out when some 20,000 envelopes have to be filled, addressed and packaged for posting three times a year. The Foyer Club has proved particularly useful as the theatre's programme developed. In the course of the last decade the number of performances annually has risen from under 150 to around 260. In the same period, audience numbers have increased by a factor of 10.

A further significant step in the development of The Octagon came in 1990 with the formation of the Footlights Club. This club has been designed for those regularly using the theatre and offers discounts on most performances and priority booking facilities. Like the Foyer Club, the Footlights Club with its 750 plus members gives useful feedback information on likes and preferences.

In 1991 The Octagon ran its first Summer School during the month of August. This provided workshops in stagecraft as well as "Build a Musical Week" mounting a full stage production from audition to first performance in seven days.

This proved so successful that not only has the exercise been repeated each year since but has grown into a full month of workshops and projects.

In addition a number of productions have been staged, the cast of which have been a mixture of amateur and professional. This has not only given local people the opportunity to work alongside experienced professional actors, it has also helped to break down the barriers that can sometimes exist between amateurs and professionals. Sharing a dressing room, and first night nerves, does wonders for building bridges

An independent survey conducted by Dr David Birkes of Bath University in 1995 placed The Octagon Theatre firmly at the top of the list of most used leisure facilities in South Somerset. Indeed, it revealed that 54% of the population had used the theatre within the last twelve months making The Octagon a majority rather than a minority interest.

In 2003 the Octagon was refurbished and extended.

A new rehearsal studio was created on the ground floor, whilst on the first floor space was added to the bar and cafe areas.

The auditorium was re-seated and even the structure on which the seating stands was replaced. Creating large new storage areas and ensuring greater comfort for theatre goers. 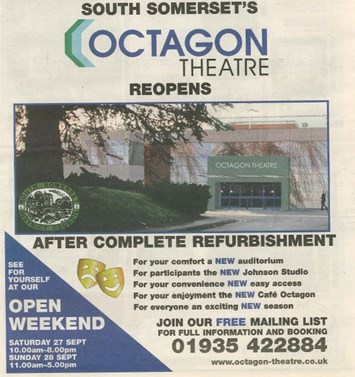 During the Summer of 2008 a new scene dock was built on the side of the stage providing our technicians with greater storage facilities for productions.  A smaller store was also created and the Disabled Toilet Front of House was also upgraded to meet DDA requirements.

During the Summer of 2013 a new bar was built in our 1st floor cafe/bar area. This now offers our patrons much greater service to match the increasing popularity of our Prelude Bistro and Bar. 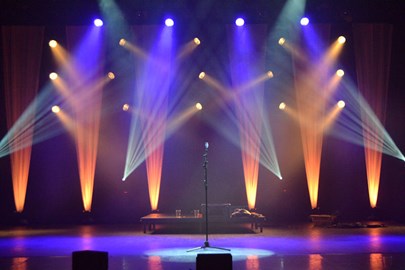 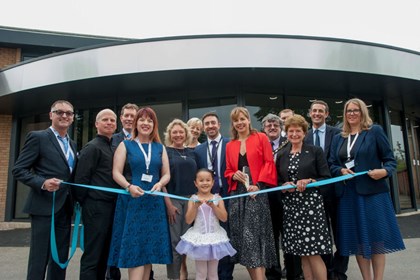